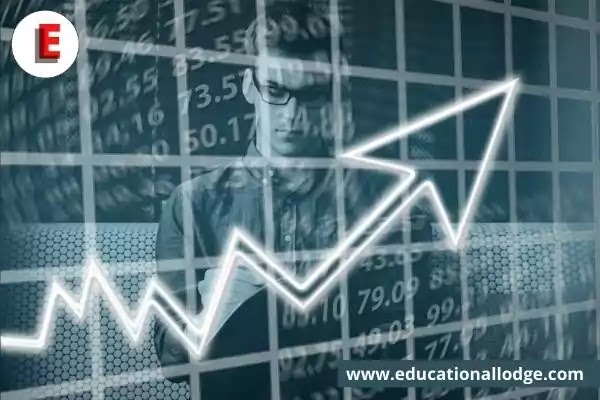 Stephen Leacock in full is Stephen Butler Leacock (1869-1944) born in Hampshire, England. After that, he moved to Canada at the age of six and adopted the vocation of teacher. He was also a writer, political scientist, and humourist.
He was the most famous Canadian humorist writer that people recognized him more than Canada even. He was the most widely read English speaking world between 1915 and 1925. His humor was light but mixed with criticism about people’s follies.
Stephen started his literary career as a fiction writer, humourist, and short reports writer. Leacock Memorial Medal for honor was named in his respect and honor. Leacock was Royal Society of Canada’s Lorne Pierce Medal in 1937. He died of throat cancer in Toronto in 1944.

My Financial Career is a funny and humorous story that reflects the writer’s fear and embezzlement whenever he entered the bank. Everything related to the bank made him vexed and rattled. He became an irresponsible idiot.
It occurred once, he got his salary increased to fifty dollars and he thought to deposit that amount in the bank that seemed to him a safe place. Having fear, he entered the bank and asked the accountant about the manager.
The accountant took him to the manager where the writer informed the manager that he wanted to talk to him in solitude. The manager got anxious and looked at the writer in some alarm and took him into a separate room.
He locked the door and misunderstood that the writer had some awful secret to tell and he might belong to some detective agency Pinkerton. The writer informed him that he was not fro m any secret agency and was there to just open an account.
The manager thought him to be a big businessman and wanted to deposit a big amount in the bank. But he got disappointed on hearing that the writer wanted to deposit fifty-six dollars only in the bank.
The manager called the account in a loud voice and instructed him to open an account for the writer and said the writer goodbye. The writer found an open door in that room and entered the door considering him the exit but it was safe.
The writer was ordered to go out and the accountant brought him out. The accountant deposited fifty-six dollars in his account and returned him the rest amount. Suddenly the writer thought that he needed six dollars for his routine use.
He signed on the cheque and headed it to the accountant but he wrote fifty-six dollars instead of six. The accountant was surprised to see all that and inquired him if he wanted to withdraw the whole deposited amount.
The writer felt his fault but he did not want to be laughed at. He felt that he was insulted in that bank. He had no intention to deposit the amount in the bank. The accountant returned him fifty-six dollars.
The writer came out of the bank and heard a burst of laughter behind him. Since then the writer did not go to the bank and started to put the cash in his trousers’ pocket and saving amount in his socks

Q.1: What light do the following expression throw on Leacock’s state of mind when he entered the bank; looked timidly round, shambled in?

Ans: These expressions show his nervousness and confusion. When he entered the bank, he got rattled and embezzled. He could not face the clerks and the other members of the staff. He became an irresponsible stupid.

Q.2: Why did the manager come to think that Leacock had an awful secret to reveal?

Ans: When the writer told the manager that he wanted to see him alone, he looked at him in alarm and thought that he was a detective who had a horrible secret to reveal.

Q.3: What was the attitude of the manager towards Leacock on hearing that he wished to deposit only 56 dollars in the bank?

Ans: When the manager learned that he was neither a detective nor a millionaire, he looked relieved. On knowing that Leacock wanted to deposit only 56 dollars, he grew unkind and cold. He got up, opened the door, called the accountant and asked him to open the account and coldly asked the writer to leave.

Ans: He stepped out into the safe instead of going out of the manager’s room. He rolled his fifty-six dollars in the shape of a ball and pushed it at the accountant. Later, he deposited all the money. But suddenly, he remembered that he needed six dollars for the present use. He wrote a cheque, but instead of writing 6, he wrote 56 dollars.

Q.5: After this misadventure in the bank where did Leacock keep his money?

Ans: After this misadventure in the bank, the writer began to put his money in cash in his trousers’ pocket and his saved amount in silver dollars in a sock.

Q.6: Give as many examples as you can to show that Leacock was feeling completely lost in the bank all the time he was there.

Ans: First of all, he created confusion by asking to meet the manager alone. Then he entered into the safe mistankenly and in confusion. In the last, he wrote the cheque for fifty-six instead of six dollars. This shows that he was completely lost there.
Nov 18, 202019 Comments on Summary of My Financial Career | Questions & Answers | Stephen LeacockUncategorized