Essay On Mobile Phone Advantages and Disadvantages For Inter Students 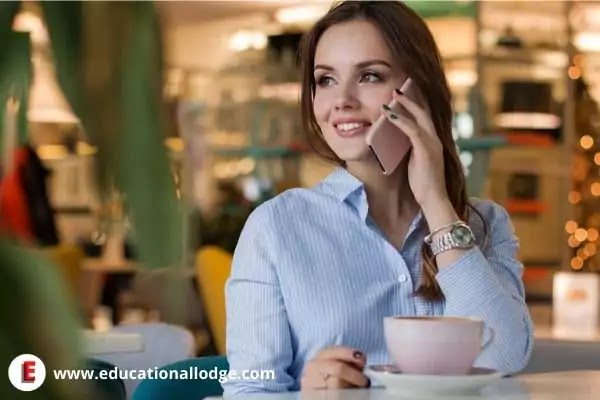 Mobile phone is also called cellular phone or cell phone. It is a radio transceiver that is lightweight which means a transmitter and receiver combined in one unit. It presents telephone and other services to mobile users.
It works like a portable or cordless telephone. However, now mobile phone services include videoconferencing and internet access. Cellular phones are common now and are in the use of every person.
Cellular radio services have proliferated and achieved a huge market penetration. Cellular telephones transmit radio signals to cellular towers. These towers receive signals from a distance of 48 to 56 kilometers.
The tower area is referred to as a cell. The towers of various cells are linked to a central switching station. The central switching center is directly connected to a wire-based telephone system.
Cellular calls are picked up by the towers and passed on to another cell telephone user. The first commercial cellular telephones were introduced in the late 1970s by Illinois Bell in Chicago. They proved to be a great success.
Then cellular services were begun nationwide in the mid-1980s. Now the number of telephone users is increasing significantly each year all over the world. In the beginning, the prices of mobile phones were substantial. The cost to the consumers was also very high.
The providers had limited their services to a small group of big business persons. Finally, they thought that their businesses would flourish in the future if they gave innovative service packages and aggressively showed the marketing of their services to the general public.
They also considerably reduced the prices of cellular telephones and network access. Therefore, cellular telephone services have achieved great commercial success today. Now the users have abundantly recognized the productivity and effectiveness of cellular services
Mobile phones have revolutionized life. They are more practical, useful, and beneficial in society than any other sort of communication. They are quick and effective communication means throughout the world without any hitch.
They have performed wonders in the field of business, culture, trade, and commerce. They have sped up productivity and general efficiency. They are a huge boon for the big businessmen, venerated politicians, and honored public.
People can have contact with others whenever they want and wherever they are. It is probably this sort of communication about which Francis Bacon once prophesied. It is generally better to deal by speech than by letter. Mobile phones have improved the safety of people.
Earlier people could contact police, fire brigade, and other officials responsible for public safety only on wire-based phones. A Roman historian Tacitus once said The desire for safety stands against every great and noble enterprise.
It is now due to the Mobile phones that have made life easy, pleasant, and comfortable. People can call the doctors, solicitors, or technicians on will. They have not gone out in search of these persons. Now at home, they get their things repaired, patients checked, meals served and things done.
Though the advantages of mobile phones are diverse and numerous, their flaws and faults are not few in numbers. Mobile phones are a blatant means of excessive time-wastage.
Usually people are seen busy with playing games, listening to music, using the internet, sending messages and chatting for hours. Mobile phones have affected adversely the youth and particularly the young students.
Even the girls are not safe from the malicious consequences of mobile phones. The mobile phone services are cheaply accessible to them round the clock. The students instead of concentrating on their studies fall victim to the charms of mobile phones and waste the time in unavailing activities.

Like as the waves make toward the pebbled shore, so do our minutes hasten to their end ( Shakespeare)

The most poisonous effect of cell phones on our young generation is that they are easily being derailed and detracted from the virtuous path of life. They are falling prey to morally corrupt and lewd ways of life.
Mobile phones have become a definite cause of lawlessness and particularly street crimes. Easy and unregistered mobile connections have given rise to criminal activities in society. Many times the government has announced a complete ban on unregistered mobile connections but of no avail.

He who does not prevent a crime when he can, encourages it.(Seneca)

All the given discussion highlights the fact that mobile phones are a boon and gift only for those who are in real need of them i.e. businessmen, doctors, traders, solicitors, etc. But the mobiles are not good for the poor people and especially the young students. The free night packages of mobile companies must be banned strictly.
Nov 20, 202033 Comments on Essay On Mobile Phone Advantages and Disadvantages For Inter StudentsUncategorized