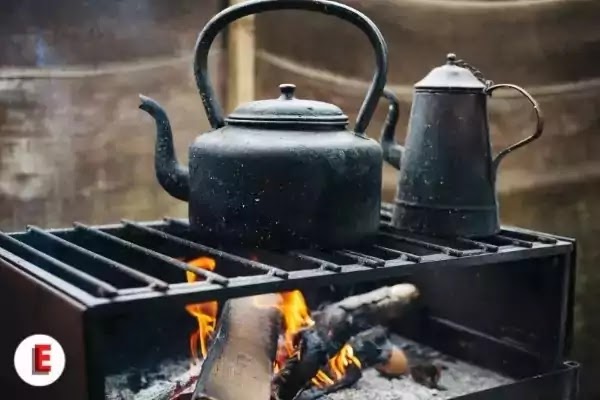 John Steinbeck(1902-1968) was born in America to a middle-class family. He had been able to win enrollment at Stanford University but he never graduated from there. He began to work as a freelance writer in his early20’s after moving to New York in 1925 but once again he had to face the failure and he was back to California.
After writing and publishing some novels and short stories, Steinbeck first became globally famous with Tortilla Flat, the humorous stories about Monterey’s passions.
Steinbeck’s novels can all be divided as social novels dealing with the economic issues of rural people.
In 1939, his best artistic work was published, The Grapes of Wrath, The story of Oklahoma farmers who were tenants and very poor. They were unable to earn a living from the land. They moved to California where they became migratory workers.
East of Eden, The Winter of our Discontent, and Travels with Charley, a travelogue in which Steinbeck wrote about his impressions during a three-month tour in a truck that led him through forty American states were his later works. He died in New York.

John Steinbeck is a well-known American novelist and short story writer. Most of his stories and novels deal with the habits and manners of the poor people. Breakfast is a very simple story of a poor family.
The family members are willing to work happily for a little better living. Due to this, the story leaves a lasting impact on the minds of the readers. Once the writer of the story happened to visit a valley. During his leisurely walk, he saw a tent in the jungle.
When he came closer to that tent, he saw there was a woman cooking something on the old rusty stove. It was actually a family of villagers. The family of villagers consisted of four members in all, an old man, a young man, a woman, and a baby.
The writer reached near the stove to get a little warmth. Suddenly, an old man and a young man appeared from the tent. They were sharp-faced men and looked much alike. They welcomed the writer and asked him to sit beside them for breakfast.
They told him that they had been picking cotton for twelve days, which had given them sufficient money. The old man simply expressed his gratitude to God for providing them breakfast and twelve days’ work.

He said God Almighty, it’s good. We have been eating good for twelve days

They were so pure at heart that after twelve days of labor they felt quite happy for buying new clothes. They offered the writer to join them in cotton picking. It was solid proof of their honesty, selfishness, and purity.
They were no more jealous, greedy, and hypocritical. However, the writer thanked them and took to his road carrying the unforgettable memories of the poor, hospitable and generous family.

Describe the main theme of the story The Breakfast.

The theme is that the company of poor, ordinary, and unselfish people gives us a spiritual kind of joy. We find most rural or village people hospitable. They are not proud like many rich people. Villagers are mostly good-natured. Their habits, behavior, and talk are simple.

That’s all. I know, of course, some of the reasons why it was pleasant. But there was some element of great beauty there that makes the rush of warmth when I think of it.

The young and the older man in the story were simple hardworking cotton pickers. They spent what they earned and remained thankful to God. They rightly thought in the bad economic conditions that God had blessed them with work and money.
Breakfast is a story of innocent, hospitable, and pure people. In this age of materialism and lust for more and more, the purity, simplicity, satisfaction, and contentment of the poor family was not only impressive but also inspiring.
Morally, The cotton pickers in the story were such great people, who were quite happy and contented with what they had. Though they were not rich people yet they were satisfied. They did not believe in the complexities of the modern lifestyle.
There was no pomp and show of urban life in their simple and pure country life. They were very happy after earning a very small amount of money through cotton picking. Their offer to the writer to join with them in cotton picking was proof of their honesty, selfishness, and purity.
The members of the family had no complaints against anyone on account of their poverty. They were humble, simple, contented, hospitable, and straightforward. For these reasons, the story is very interesting and readable.
The story is indirectly a criticism of our worldly materialist life. A life of pomp and show and outward shine of authority and power can never bring us true peace of mind. We should try to be like the cotton pickers, inwardly satisfied with their life. But we should at the same time work hard to improve our living.

Question 2:
Breakfast by John Steinbeck is the story of happy and innocent villagers

The story Breakfast deals with the personal experience of the author. John Steinbeck has painted the simple, honest, and natural life of village people. the people in the countryside are straight-forward, frank and hospitable.
They are very hardworking and earn their living by honest means. Usually, they work on farms and get sufficient wages to satisfy basic needs. When they get enough to eat and dress, they feel happy and express their thankfulness to God.
Once the writer of the story happened to visit a beautiful valley surrounded by the mountain. During his leisurely walk, he saw a tent in the jungle. He came closer to that tent. He saw a woman was cooking food on the old rusty stove.
Meanwhile, an old man and a young man appeared from the tent. They were sharp-faced men and looked much alike. They welcomed the writer and asked him to sit beside them for breakfast. They told him that they had been picking cotton for twelve days which had given them sufficient money.
The old man simply expressed his gratitude to God for providing them breakfast and twelve days’ work. He says God Almighty, it’s good. We have been eating good for twelve days. They were so pure at heart that after twelve days of labor they felt quite happy and enjoyed buying new clothes.
They offered the writer to join with them in cotton picking. It was solid proof of their honesty, selflessness, and purity. They were no more jealous, greedy, and hypocritical. However, the writer thanked them and took to his road carrying the unforgettable memories of the poor hospitable family.
So, the writer could not forget the delicious taste of the fried bacon and bread served to him as breakfast. He did not forget their hospitality, simplicity, sincerity, selflessness, and contented nature. The writer was highly impressed by their humility.

This thing fills me with pleasure. I don’t know why; I can see it in the smallest detail. I find myself recalling it again and again each time bringing more detail out of a sunken memory; remembering brings the curious warm pleasure

Discuss the symbolism or allegory in the Breakfast by John Steinbeck.

A symbol is something that represents something higher or more suggestive. An allegory is a story in which characters and events stand for abstract ideas, principles, or forces in the continuing conflict. A personification means the presentation of ideas as a person with human qualities.
We can interpret Breakfast symbolically or allegorically. Steinbeck presents qualities as persons to instruct. The characters are personifications of virtues(good qualities) here. We do not have characters as voices.
Therefore, there is no conflict between the characters or opposing forces. There is less than allegory. With evil characters, the story could be an allegory. Then the evil characters would have been in conflict with the good characters.
Therefore, there are no evil characters. So the story becomes a symbolic representation of the purities of village life and the wisdom of education and city culture. The Youngman is the personification or symbol of help.
The older man is the symbol of goodness or virtue. The girl is the symbol of female devotion to homely duties and chastity. The author is the symbol of worldly knowledge and wisdom. He is a well-educated urbanite, learnt much from the villagers.
He carries with him the finest memories of their simple purity and goodness of the heart and mind. He came to be a changed man for all time. He had no interest now in city commercial life. But he had to take part in it for survival.
The simple village outlook on life is projected more prominently which dominates the scene and atmosphere. There is no significant interaction of the village and city attitudes over a long period of time.
Of course, the brief stay of the urbanite with the laborers leads to some emotional and mental purification on his part.  This fact leaving the moral lesson to be drawn by the reader. The absence of evil characters and any conflict does not let the story develop into an allegory.
Dec 15, 202039 Comments on Breakfast By John Steinbeck Summary & Questions | B.A Part 1Uncategorized