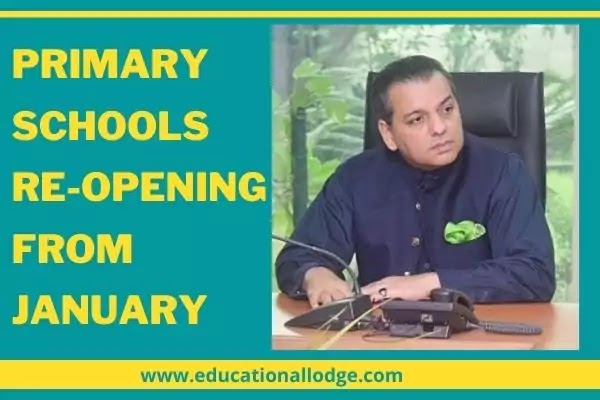 Primary Schooling Class 1 to 4 | When to Start, Government Declared

As Government has declared to restart educational institutions from September 15, 2020. All classes are not anticipated to come to institutions from the same date.
Murad Rass Punjab Education Minister has stated that students of class 5 to 10 will join the school from September 15, 2020, while the students of class one to class four will come to school and join their classes from January.
Students will be divided into two halves, half of the students will join schools one day and the next half will come to school on the next day. While talking to media, Provincial Education Minister Murad Rass said that private schools have been demanded written suggestions on SOPs by August 25.
From September 15, the strength of the students will also be reduced in classes. Only five to ten students will be able to come to school. Private institutions have their own program, the government is viewing everything pertaining to Covid-19.
He emphasized that no teacher or student will be permitted to come to school without a mask. A student or teacher with cough or flu symptoms will not be permitted to come to school.
Murad Rass said, “I am trying to open schools in two shifts. There are two options. One is to have two shifts in schools in the morning and in the afternoon.”  Moreover, dividing the classes into two parts, there is an option that half of the classes of the school come for three days and the other half of the classes come for the next three days.
There is a likelihood that primary schooling classes from first to fourth graders may start in January. Earlier, Punjab Education Minister Murad Raas earlier said that opposite to the government’s decision, if private educational institutions open schools before September 15, they will be sealed.
The government has taken the decision that they will open schools on September 15 after the enforcement of all SOPs.
Aug 19, 202019 Comments on Primary Schooling Classes 1 to 4 May Be Back From January | Government AnnouncedUncategorized